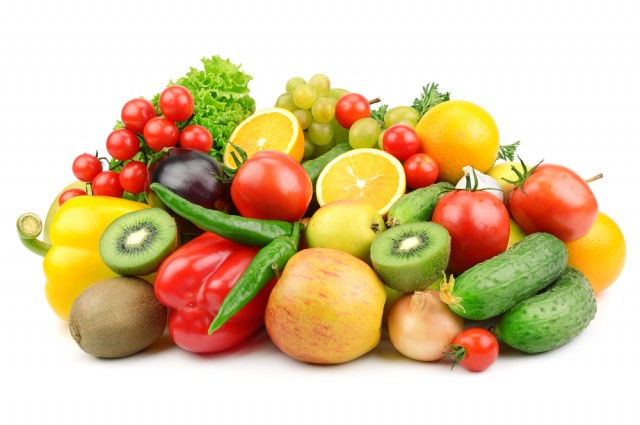 You may have noticed that a "price war" is taking place at the moment between the larger supermarkets in the UK. This "price war" is actually based around the price of selected vegetables and seemingly which supermarket can sell them at the lowest possible price?

The term "price war" is very much a tabloid newspaper term for what we typically call in business; a loss leader. The term loss leader means exactly that, the idem is being sold at a loss! Stupid you may be thinking as why would anyone want to sell a product at a loss? Well the world of marketing will tell you that such pricing strategies are really effective. In this blog post I will explain how this strategy works.

Firstly lets look at what is happening at the moment with the price of vegetables. Tesco, Asda, Lidl and Aldi have seemingly set about a battle to sell selected items at 20p (at the time of writing this is correct, however this could now be even lower). At this price it is estimated that smaller greengrocer can not even achieve this price from their wholesalers. The typical wholesale price for 1Kg of carrots at wholesale is 40p, yet here supermarkets are selling them to the customer at 20p. This makes it near impossible for a small greengrocer to complete on price against the supermarkets.

Of course the actual wholesale price that the supermarkets pay could be much lower than the 40p used above. This will be down to Economies of Scale and the purchasing economies that come with volume the supermarkets are acquiring. However most experts agree that even with any discount on the wholesale prices, these vegetables are being sold as a loss leader.

A possible example of loss leader in action for 1Kg of carrots could look like:

As you can see from this above example, if the supermarkets were to only sell these items, then this would have a very negative impact on the overall profitability of the organisations. This is why the loss leading pricing strategy is much more than just selling a few items at a loss. It works on the logic that certain items will attract customers to their stores. Once these customers are in store, they will purchase many additional items that will go alongside these loss leading items, thus overall increasing sales revenue and profitability.

Finding all that a little difficult to follow? The table below shows how this could possibly work in practice;

In the example above you can clearly see the logic in this strategy for the supermarkets. If you can make £2.38 from a "typical" spend from attracting just one additional customer, think of the gains in revenue when you multiply this by the tens of thousands. This is all happening in a really competitive and saturated market, which makes it typically even harder to attract new customers.

Of course this pricing strategy is very much a short term one that does not really set about brand loyalty. It just creates more switching and customer focus on price, which is why some of the less price focused retailers will not engage in such pricing strategies. However what is the longer term damage to the small independent retailers? These are the small greengrocer who are found in your local High Streets. They simply can't complete on price, their USP will be the personal service they offer, however can that really stand up against the massive marketing machines that the supermarkets are employing to attract customers to these loss leading offers?

Sadly statistics suggest not. There are 14 independent retailers closing each day, according to published statistics. This is leaving many High Streets in a state of decline and only increasing the number of people who are travelling to larger out of town retail parks and supermarkets. So far from actually encouraging the growth of local economies, you could argue that the focus on price and loss leading is actually increasing the rate of decline in local independent businesses. If you consider that one small business could have employed 2 people, then job creation wise this would be many more than what you would typically find in supermarkets. Add to the fact that local businesses and employees are more likely to spend money in fellow local businesses and pay more tax, due to not having large financial teams able to find creative (but legal) ways to avoid paying what many may judge as a fair amount.

How good is all this for the consumer? Well in the short term prices are falling and they will sense that they are getting a good deal. However in the longer term these loss leaders have to end, which will see an increase in prices and most probably a return to their usual shopping habits. However, if that was at an independent retailer, it could well be too late. They could have fallen as another victim of the larger supermarkets, thus leaving an void in the local High Street and another empty building to fill.