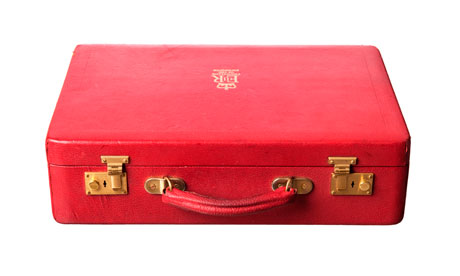 It may seem like a long time ago that the then Chancellor of the Exchequer George Osborne produced his budget for the UK for the coming financial year. It was actually only March 16th when this event was taking place, however 2016 has been a year of massive change both politically and economically. This week the now Chancellor of the Exchequer Philip Hammond will announce what is known as the Autumn Statement. This is basically the Government carrying out a form of Budgetary Control.

Now is a good time to pause and re-cap on key knowledge. You should be aware that a budget is a plan of inflows and outflows of money, in this case we are talking about the inflows and outflows from the UK economy. Once the budget has been set, then it is important that performance is reviewed against the actual. This process is known as Budgetary Control. In this case we get to learn how well the UK Government is performing against its plan (budget) and what actions it is putting in place to make any changes given the actual figures we now know.

What is it all about? Well the Government will set out its fiscal policy from this point forward. Fiscal policy is when the Government adjusts taxation levels and Government spending levels, with the aim of having a positive impact on the economy. This is different to the Monetary policy which is adopted by the Bank of England to help try and control the economy. The Government needs to make sure that it has more inflows than outflows, otherwise it will be facing a liquidity problem.

We don't know the content of what the Chancellor will tell us on Wednesday about the state of the UK economy and how we are performing against the budget. However, if the Chancellor sets about increasing tax and cutting back on spending then it is safe to assume that he has fears about the cash flow levels for the UK. He can always borrow money to make up any shortfall and to ensure that the UK does not have a liquidity problem, however this is an unsustainable source and of course has to be paid back with interest.

It's a fine line because increasing tax may on the face of it sound like the ideal solution to bring in more revenue, however it doesn't always work like that. Firstly you have to consider the impact that increased tax will have on the spending levels of consumers? If they are paying more tax, then they will have less disposable income, something that actually means the Government makes less in VAT (tax we all pay when buying products/services) and if businesses start to then cut back as a result, the amount paid out in welfare to people unemployed increases. So actually this can result in the UK cash flow getting far worse, very quickly.

There also needs to be a consideration about who actually pays the most tax? It may sound really appealing when political members talk about "taxing the rich". However what is actually classed as "rich"? It tends to be that any increase in tax will hit the middle class hardest. Why? Well it is believed that the "rich" people who are the target of the sound bites have the wealth and ability to move their assets around. This was proven in France when the French Government increased tax on the "rich", it actually benefited the UK as many sold their homes in France and relocated to the UK. Again there are many views on this, however some economists will argue that you have a net loss when this happens as you lose their spending ability and potentially any wealth creation (businesses) that they run.

There are of course conflicting views on what is the best way to adopt fiscal policy to manage the economy. However the most important thing is to realise that on Wednesday when the Chancellor of the Exchequer Philip Hammond is conducting the Government's budgetary control, managing the economy using fiscal policy is far from a simple task.