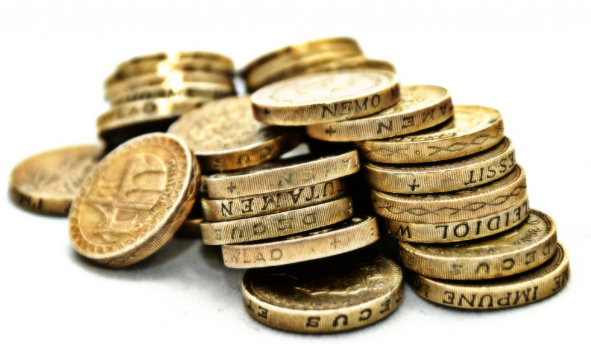 This is a very good question and one that it depends how you want to view the notion of a National Minimum Wage. If you purely look at from a political perspective and a number perspective, being paid £7.20 per hour sounds much better than being paid £6.70 per hour. If you apply the argument that how we feel has a massive impact on our spending power, then you could logically argue that an increase in the National Minimum Wage will actually be good for the overall economy and output of the nation.

I wanted to investigate this further. Below you can see a comparison of the average growth / decline in the UK economy following an increase in the UK National Minimum Wage.

Looking at the figures above it could suggest that on the face of it there is a correlation between the increase the National Minimum Wage and the performance of the UK economy. Even in 2009 after a serious global recession the figure of 0% was still positive as previously the economy had been contracting by as much as -2.5%. Of course we have to remember that this is just one intervention strategy that the UK Government is using in the market and we have to be careful not to make sure strong links based on one set of limited data. However the trend does appear to be fairly within the evidence presented above.

When considering inflation we need to remember that the Bank of England target is 2%. It is clear that in 2009 the average rate of inflation was pushed up by over 1% from the previous year, which could have been as a result of the increase in the National Minimum Wage, however we have to be careful when using inflation as an indicator as there are some major factors that can impact on the rate of inflation. The most noticeable one is the global level of demand and supply of oil. In 2015 and 2016 inflation has been low, however mainly this has been put down to the collapse of the global price of oil and falling energy costs. So it could be reasonable to suggest that it is possible that the increase in the inflation rate above 0% in 2015 and 2016 could be possibly down to the increase of the National Minimum Wage.

Why is inflation an indicator that I have tried to use, despite the fact that making such hard comparisons possible? Simply because inflation is the general increase in prices, or the depreciation of value of currency. Logic tends to suggest that if you increase costs for a business, then they will simply increase revenue to cover these costs. Failure to do so would result in falling profit margins. This is something that some businesses could possibly sustain in the short term, however exceptionally unlikely in the longer term.

If prices are increased, then this will actually create inflation. Applying business logic to the most recent 50p increase in the National Minimum Wage to £7.20 means that a business will see the cost of wages increase by 50p per hour, per employee. So in a business that employs one person working 38 hours per week, the wage costs have increased from £254.60 to £273.60. This is an increase of £19 per week or £988 per year. It is only logical that any business would increase its prices to cover this increase in costs, thus actually increasing inflation and devaluing money.

If this is the case, then it is fair to argue that actually increasing the National Minimum Wage does not actually increase wealth, it just changes the figure that is perceived to be earned. All things equal it still means that someone on the National Minimum Wage will spend the same percentage of their income on buying a loaf of bread or a bottle of milk, however the increase in prices (inflation) could actually cause a reduction in consumer confidence and spending, something that could actually lead to a detrimental impact on the economy. It also should be considered that any price rise that a company implements could be at a greater rate, than the increase in the National Minimum Wage, so actually this then means that you need an increased percentage of your income to buy the items that you previously purchased.

So what does this tell us? Quite simply it is hard to assess the true impact that National Minimum Wage has had on wealth. It very much depends on the variables and factors that we want to consider as a indicator. Sadly, it appears this has become more of a political and less of an economical tool.